Something I’ve wanted to do for a while is host other indie authors on my blog to talk about stuff I want to know. Therefore, I am pleased to announce my first Thursday Thirteen Author (and fellow badass) Lexxi Callahan

1. When did you decide that you were going to write your first book? (Where were you/what were you doing?)

I have always written. I think I started writing Han Solo fan fiction when I was 11.  He was my first love.

2. Have you ever submitted your work to publishers/agents? If so, what was that experience like? (What was good about it, what was not good?)

OH yes, I pitched a finished manuscript at a small RWA event in Memphis TN in the 90s.  I can’t remember the year.  The editor requested the manuscript and about 6 maybe 8 months later I got a polite one page rejection.  So I realized this was going to take a while so I got a “job” that I thought would let me have time to write and get published.  The job sort of took over my life and became a successful career so until about three years ago, I really did not have time to write.  When I saw all the self publishing going on a few years ago, I decided to see if I could even still write after not writing for nearly 16 years.  I loved the idea of just getting it out there so people could read it and not having to go through the hell of trying to find a publisher. Life is just too short to go through rejection after rejection without anyone giving any indication of why they rejected it or what they want.
3. How do you respond when people ask: “Who is your publisher?”

Well no one has asked yet. I went to RWA in Atlanta this year and someone asked me if I had sold a book yet and I answered yes, because SWAK had sold a bunch of copies on Amazon.  Then I had to correct myself because the person that asked me meant, had I sold to a publisher.  So I told her no, I was self publishing.  She assured me that did count.
4. Why, ultimately, did you decide to self-publish?

I’m a control freak.  I’ve been self-employed for the last 20 years.  And I don’t take direction very well.  And I didn’t want to spend the next five years submitting a manuscript that I could not get feedback on.  I did not have a critique partner or beta readers.   I discovered all that later.   I just wanted someone to read my books.  The money is not really the point.  It would be nice if the books paid for themselves eventually.  It would be incredible if I could quit my day job.
But honestly, I knew that even if I sold it, it would be a year to a year and half for it to get out there. And I am the most impatient person in the world.   It just seemed to make more sense to me to self-publish. 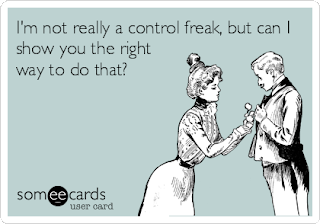 5. Are there any circumstances under which you would sign with an agent/publisher? If so, what conditions/circumstances?

I don’t think I need an agent. Unless I ever have to deal with foreign rights and I’m not holding my breath for that to happen.
A publisher? I don’t know. Probably. But it’s not something I’m pursuing.  I just want to write because I love to write.  I sell a story to a publisher, it’s not mine.   So it would depend on what they offered, but I am not holding my breath or anything.
6. What do you love about being self-published?

I love getting to tell my story.  Not a publisher’s version of what they think will sell.  It’s about the control.  And if I want to take it down and not sell it anymore then I can do that.
7. What do you not love about being self-published?

So far nothing.  The only negatives I see are when some low life out there plagiarizes fan fiction and high profile bloggers and reviewers start declaring that they’ll never read a self-published novel again or that Amazon should screen self-published novel before they sell them.   I don’t like being lumped in with unethical people and divas that throw diva fits when they get a bad review.  I think traditional publishing has the same problems.  I just wish people would think before they make grand sweeping proclamations.  But then Twitter wouldn’t be as much fun without the drama so oh well…
8. In your opinion/experience, when does being self-published matter and when does being traditionally published matter?
I think it’s an individual decision.  But when you hear women that have been writing for twenty years say they are making money for the first time, I have to wonder what the point of being traditionally published is?  You still have to pay for self promotion and advertising because the publishers really only promote a few of their authors.  So you’re giving up the majority of what the book makes to a third party, then taking the little bit you have left and putting it into self-promotion.  It just doesn’t make sense.
Now if you don’t think you’ll feel like a real writer if you self publish, that goes away the first time you get a review from someone you don’t know that loves your book.  Readers don’t care who published it.  They just want a good story.
9. What is your editing process? (Do you have beta readers? If so, how many? Do you have an editor? Proofreader? How many iterations do you go through before you publish a title and about how long does the process take?)

For SWAK I hired a freelance editor.  I think I rewrote it three times before it clicked for me.  I’m character driven.  And I just write. I don’t think about it, I just put words down.  Then I go back and figure out what the plot is.  My editor is phenomenal at plotting.  She helps me see things more clearly.  It’s a little hard to explain how it works.
10. Who is your editor? Cover designer? (Other support?) And how did you find her/him?

Sarah Frantz is my editor.  I pounced on her when she left Dear Author and opened up Alphabet Editing.  I got really lucky.  She is amazing and does not charge extra for therapy or hand holding. (I’m very high maintenance.) 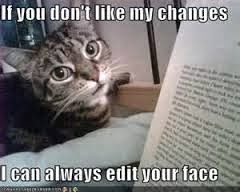 Trish at Picky Me did my cover because I knew I was not putting a cheesy cover out there.  I wanted it to look like it could have come from a traditional publisher.  I found Trish by accident on the internet when I was looking for a cover artist.

Allen at EB Format does the formatting. I know this is something I could probably do myself but it seems silly to spend the time when Allen can knock it out and he’s very reasonable.
Helen Baggott proof reads for me.  I met her on Twitter. I was blown away by the corrections she sent me.  Apparently I have typoblindness.  I really thought I had the manuscript cleaned up.  It was not even close.
I now have a copy editor too Rahab Mugwanja.  She actually found me. She read SWAK and contacted me with some more edits that had slipped by.  She’s on board to beta read and copy edit for the next one.  So I can’t wait.  She had great input.  (Penny here: I agree about Rahab, she is the bomb!)

I also have some beta readers lined up for the next book that I’m excited about.
11. In your opinion/experience, what type of person is most successful at self-publishing and what kind of person should stick to traditional publishing?

I think a lot of success we’re seeing in self-publishing right now has more to do with lucky timing than anything else. I’m curious to see where it is in four years. 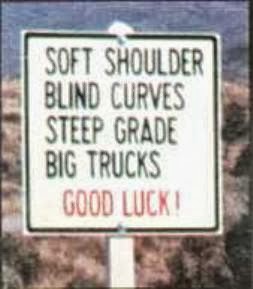 In my real life I’m self employed. I’ve been on commission for 20 years.  And I’m used to coordinating lots of people and making sure they are doing their jobs.  So I didn’t see what the big deal was.
Find an editor, Find a cover artist, find a formatter.  Upload book.
I had a lot of marketing ideas that I’ve backed off from because the one thing I learned at RWA this year is the best thing you can do to sell your book, is write the next one.  It’s all about having a backlist.  So that’s what I’m focusing on right now.  After I get book 3 out there, I’ll start spending some money on marketing the books.
12. Regarding books: What is your favorite book? What book should every writer own? What book should every self-published writer own? And, what book have you read the most number of times?

It’s not one book.  The Kate Daniels series is my favorite book all of them.  Not just one of them.  That series is layers and layers of awesome. 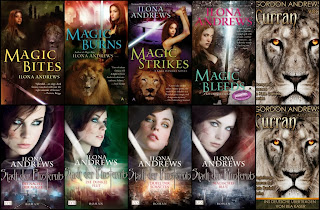 I think anyone that self publishes romance should read Kristen Ashley.  I started SWAK and book 2 before I read her.  But reading her made me get serious about my writing.  She’s a fantastic story teller and she loves her characters.  She loves writing.  You can feel that in all of her books. Lady Luck, Wild Man and At Peace are my comfort reads. I think At Peace is probably my favorite.      I also love the Black Dagger Brotherhood series by JR Ward. I can’t wait for Wrath’s new book.
13. What are you working on right now??? (And can you give us a sneak peek?)

Solving for Nic is book two in my Southern Style series.  It’s Lizzie’s book and if it doesn’t kill me it should be out by the end of the year.  Then I’m finishing Jared’s book.  Hope to have it out in the Spring.

Lexxi Callahan is the author of Sweetened With a Kiss 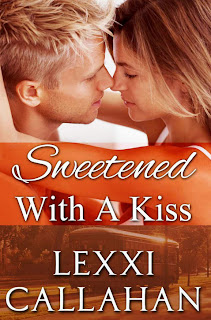